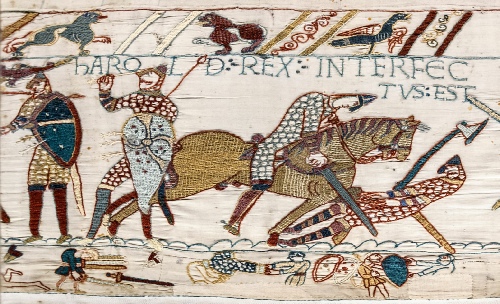 If Donald Trump thinks it was he who invented the concept of Fake News then he is sadly mistaken. Fake News has been around since the time of the Egyptian pharaohs and art has always been one of its favourite media. This lecture will uncover the subtle art of spin and propaganda in art. Starting in Ancient Egypt we will travel across to Mesopotamia then to Rome and Byzantium before leaping forward to the Norman Conquest, Renaissance Italy,Tudor England, the French Revolution and Georgian and Victorian England, before ending up in the dark days of the Second World War and the sublimely clever art of 21st century graffiti. Every picture tells a story - whether it is true or not is an entirely different matter.

Geri is a former Fleet Street journalist and film publicist. She has a first-class honours degree in History and Theology, a Masters in History of Art from the Courtauld Institute and a Theology doctorate from Roehampton University. She has been lecturing for the past 17 years both in the UK and internationally. She is also principal lecturer on the South West Area Arts Society History of Art course.