Leptis Magna and Cyrene, Cities of the Sands, marks the beginning of our odyssey, in now troubled Libya, as we gaze on two great cities once lost to the sands but now rediscovered.  Spiritual Cyrene, founded by Greek colonists, clinging to its beautiful mountain-top site with its theatre, temples and tombs, and mighty Leptis Magna, first built by Phoenicians - ancestors of Hannibal - and now a mini Rome with its imperial forum, basilica, stadium and arena.

Dr Paul Roberts is Head of the Department of Antiquities at the Ashmolean Museum of Art & Archaeology, Oxford. Paul has been a lecturer with the Arts Society and on cruises for many years and is happy to provide online lectures. He studied Classics at Cambridge, and Classical Archaeology at Sheffield and Oxford. Paul lived in Italy, teaching, researching and excavating, and is currently working on a Roman Villa in the Molise region of the Central Apennines. He has written books on Pompeii and Herculaneum, Sicily, Roman Emperors, Mummy Portraits, and Greek and Roman ceramics and glass, and is now writing a guide to the monuments and Emperors of ancient Rome. At the British Museum, he curated the exhibition ‘Life & Death in Pompeii & Herculaneum’ and at the Ashmolean Museum he co-curated ‘Storms, War and Shipwrecks: Sicily & the Sea’ and more recently the ‘Last Supper in Pompeii’ a tribute to the Roman love affair with food and wine. 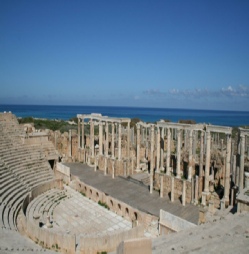 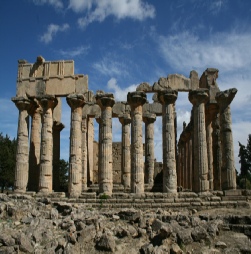