FROM COVENT GARDEN TO ROME - out of the shadows

This lecture traces the life of a boy genius, from his early beginnings to his early entry into the Royal Academy and tutelage under the founding president, Sir Joshua Reynolds. From his early works, through to his large-scale mythological works, the lecture looks at the critics of Turner, who accused him of having “an affectation of carelessness” with his application of paint on the canvas, and those who praised him as “the only landscape painter of genius in Europe”.  The lecture will end with Turner’s legacy, what he wished for, what happened next, and how we got to our current appreciation of his great genius.

Leslie Primo has degrees in Art History and an MA in Renaissance Studies from Birkbeck, University College London. He specialised in early Medieval & Renaissance studies, including Medici and the work of Peter Paul Rubens, focusing on the ‘The Judgement of Paris’, and Greek Myth in paintings. Leslie has worked at the National Gallery and currently lectures for The Arts Society and teaches art history courses at Imperial College and City Literary Institute, London. His latest television programme is ‘Art on the BBC: Turner, Light & Landscape’, and is currently writing a book on the subject of British art, artists and immigration, due for publication in Spring 2023. 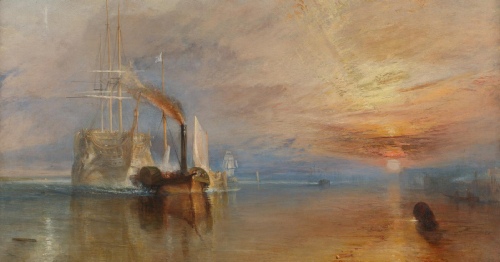